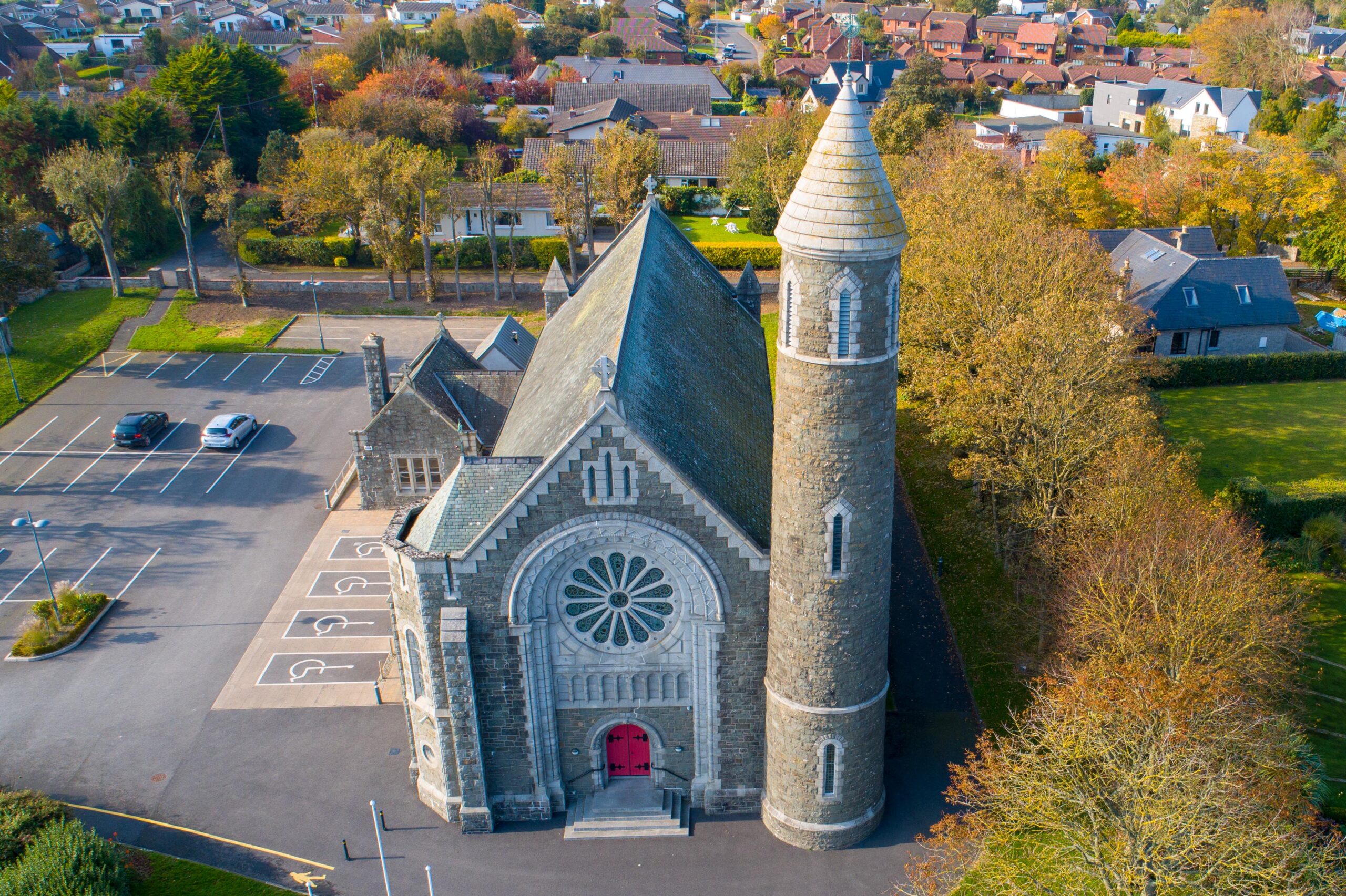 This church was solemnly consecrated on Sunday, 31st August 1924, exactly five years after the foundation stone was laid on Sunday, 31st August 1919. His Eminence, Cardinal Logue, presided at both ceremonies. The church was designed by Ralph Byrne, Dublin, and built by Ms. James Mc Adorey and Son, Builders, Dundalk. It is in the Hiberno-Romanesque style with the Celtic Revival influence dominating as shown in the round tower CeItic motifs throughout the church. It was constructed with course limestone rubble with Newry granite dressing and green Cumberland slates. The final cost was £18480…..

Having obtained a lease of half an acre of ground from the McGeough family of Haggardstown Cross around the cusp of the 18th and 19th centuries, Fr. Andrew Levins P.P, on behalf of the people of Haggardstown, commissioned the building of a new church dedicated to Saint Fursey, whom Fr. Levins was the first priest to refer to as the patron saint of the parish….. 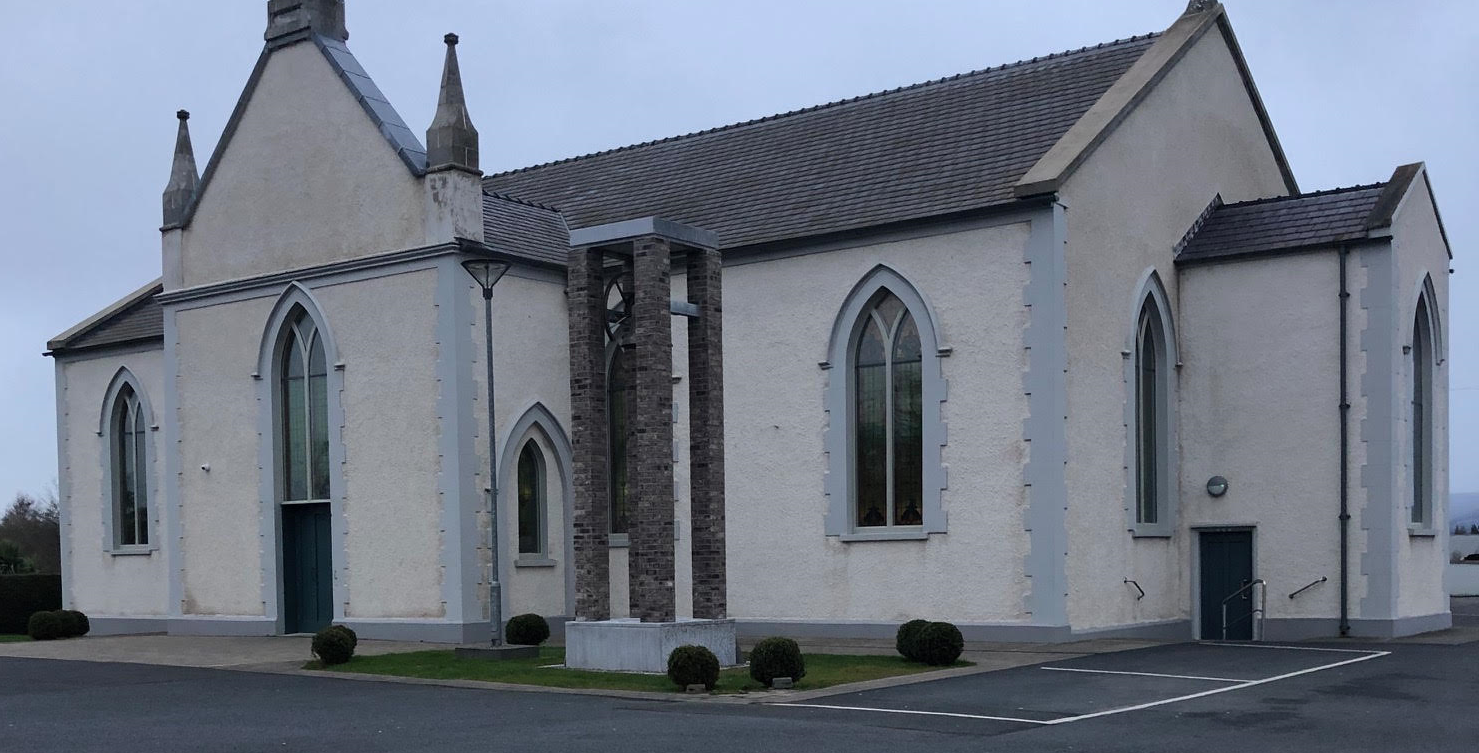