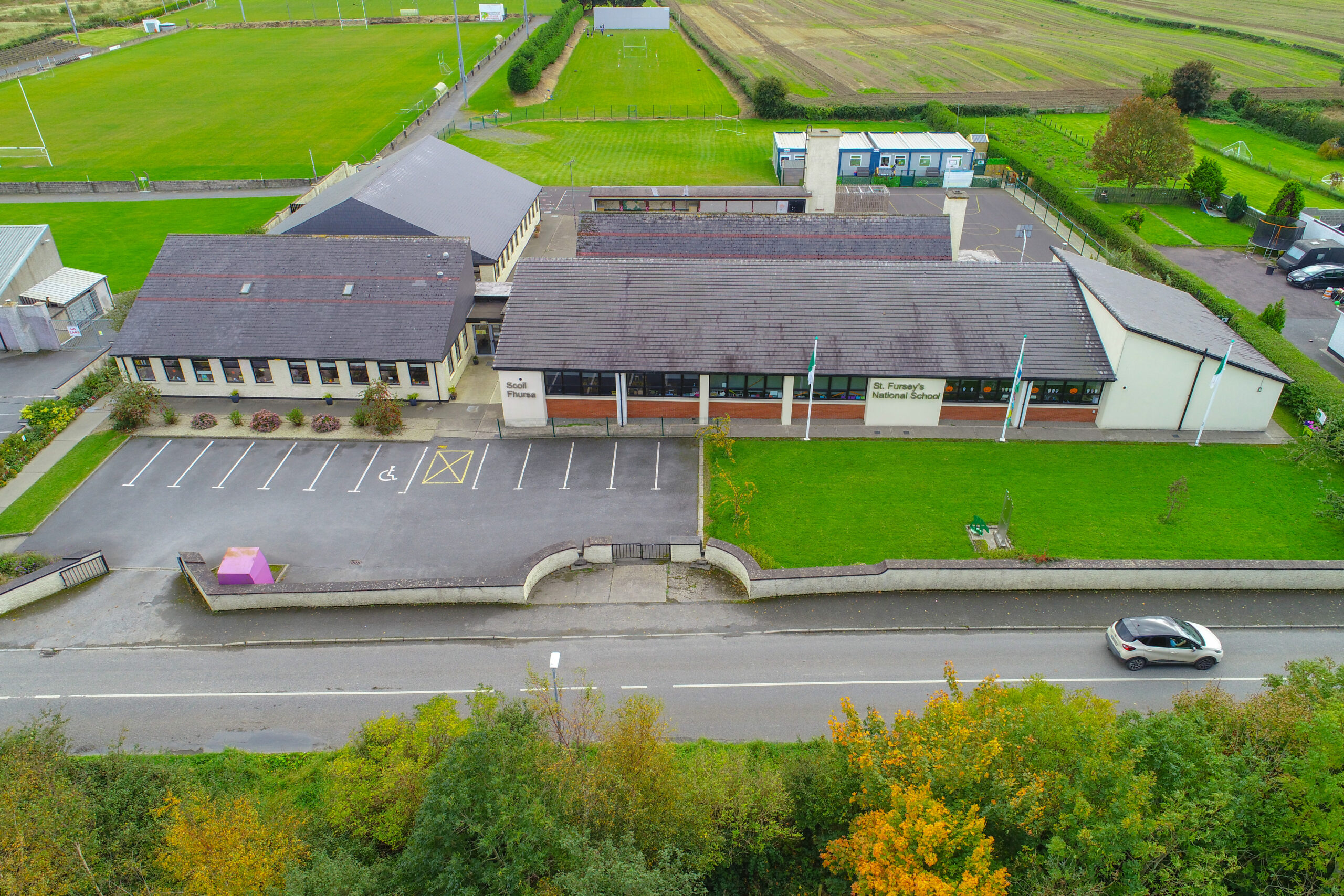 Haggardstown school was originally located in the Old Masshouse on the Mullaharlin Road after St. Fursey’s Church was built. The school opened in 1840 and comprised of 2 small classrooms. The school became known as Mullaharlin National School.

The school moved to its current location on the Marlbog Road in 1940. It was named St. Fursey’s N.S. as he is a saint associated with the parish. It is believed that St. Fursey set up a monastery in the parish. This school was far more modern than that on the Mullaharlin Road. It also had 2 classrooms. As the school continued to grow and develop there was a need to house pupils in 2 classrooms in prefabs in the late 1970s and early 1980s.

The extension to St. Fursey’s National School was officially opened by Minister Mary O’ Rourke in 1987. The extension housed 6 new classrooms. The school has remained much the same in terms of size and numbers over the last 20 years.

However it is very evident that Haggardstown is no longer a rural location. It is developing rapidly as a sprawling suburb of the developing town of Dundalk. In our academic year 2007/2008, St. Fursey’s N.S. underwent a complete facelift with the addition of four spectucular newly built state of the art classrooms. They are a sight to behold! The lucky classes housed in these new classrooms are Mrs. Donnan’s Junior Infants, Ms. Mc Guinness’ Senior Infants and 1st class, Ms. Toner’s 5th class and Ms. Mulholland’s 6th class.