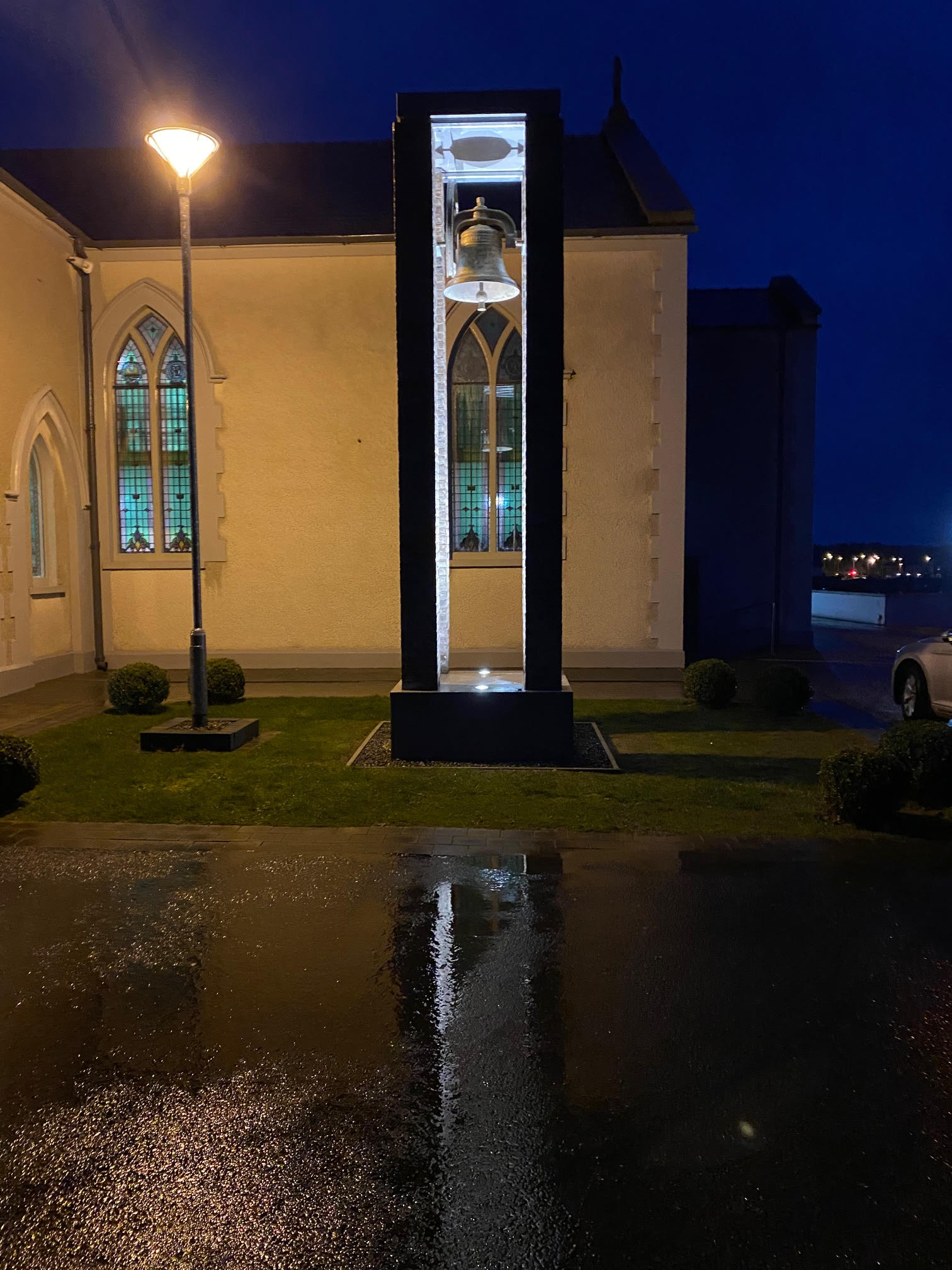 Having obtained a lease of half an acre of ground from the McGeough family of Haggardstown Cross around the cusp of the 18th and 19th centuries, Fr. Andrew Levins P.P, on behalf of the people of Haggardstown, commissioned the building of a new church dedicated to Saint Fursey, whom Fr. Levins was the first priest to refer to as the patron saint of the parish.
Work first commenced on the erection of the church circa 1803. However, lack of adequate funding was to stymie work on several occasions and as a result, the church wasn’t completed until 1820, by which time Fr. Patrick Murphy had taken over the role of Parish Priest upon the death of Fr. Levins in 1806.

The completion of the new church of St. Fursey now allowed the former mass-house at Mullagharlin to be pressed into service as a national school, which was connected to the National Board of Education in 1840.

The outstanding debt on St. Fursey’s was not discharged until the mid-19 Century and as a result the consecration of the church didn’t take place until 1855 by which Fr. John Marmion had become Parish Priest. The Dundalk Democrat gave extensive coverage of the consecration ceremonies at Haggardstown at twelve noon on Sunday, 8th July 1855, with several columns even being given over to an interminable sermon by Very Rev. Dr. Cahill.
Fr. James McGinn, c.c., Haggardstown, celebrated mass, the gospel for the day being St. Mark, Chapter 8, Verses 1 — 29. A collection was taken up which amounted to seventy pounds sterling, including ten pounds from Lord Clermont, Thomas Fortescue. The collectors on the occasion were; Richard Deverdon, P.J. Byrne, Michael Kelly, John Townley and Thomas Coleman, local landlords and property holders, who no doubt also contributed generously on the day.
ln 1915 and 1918 four stained glass windows were donated to St. Fursey’s Church by the Byrne family of Haggardstown Cross and by Miss Jane McGeough, the design being the work of noted artist Harry Clarke.
In 1936 Very Rev. Canon Donnellan, P.P., Haggardstown, secured a new graveyard plot behind the church from the McGeough family of Haggardstown Cross. Sadly, the indefatigable Canon was the first person laid to rest there following his death on 20th July that year.
In the Marian year of 1954 a new bell was erected on the church. Mgr. Stokes P.P., Drogheda, blessed the new bell at a special service on 20th June of that year in front of a packed congregation outside the church. By the end of the 1960s the increasing use of motor transport had now necessitated the removal of the laurel shrubbery in front of the church in order to make room for a car park, which was widened and extended in later years.

Later changes would see the statue of Saint Fursey removed from the roof of the church as it was felt to be in an unsafe position and it was replaced by the present cross. The gallery was buttressed and the bell removed from the church belfry and placed outside on a wooden frame.

A piece of land, the generous donation of Jane and Michael McGeough
of Dublin Road, Haggardstown, was opened in the early 1980s as an
extension to the existing graveyard plot.

During 1995 Saint Fursey‘s church was completely weather-proofed and
structurally repaired, the combined cost of these works and the re-
roofing of Blackrock Community Centre totalling some £100,000. Part of
this cost was defrayed by the running of a weekly parish ‘lotto’ and other imaginative fundraising schemes under the supervision of a specially appointed committee. Eamon Mulvey was chairperson, John Duffy acted as secretary and Valerie Hunt-Duffy and Tony Smyth were joint treasurers.

ln June, 2003, a further two acres were generously donated to the parish
by Paddy and John McParland, to extend the graveyard behind the church.

Major renovations to St. Fursey’s Church were undertaken in 2007 and 2008, incurring a debt of €1.4 million. These works were not of a sufficient standard and this necessitated further work which was carried out between 2011 and 2019, under the supervision of the Parish Finance Management Committee. These works were expertly carried out by David Sheehan of Sheehan & Barry Architects, Dublin, and by contractor M.J. Duffy 8L Sons Ltd, Rockmarshal, Dundalk, at a cost of €528,666.70. which was funded by the parishioners and friends.
In early 2019 a new Calvary Scene at St. Fursey’s Cemetery, Haggardstown was commissioned by Fr. Padraig Keenan, P.P., St. Fursey’s Cemetery Committee, the Parish Finance Management Committee and the Parish Pastoral Council.
The new Calvary Scene was blessed at the annual cemetery Patrun on the 7th July 2019.
The venerable old church’s dignity is now completed with the restoration of the bell, which was dismantled in 2007-08. The bell is mounted on a 1,024 brick setting upon a steel core foundation which will be situated on the grass area to the right of the main entrance to the Church. 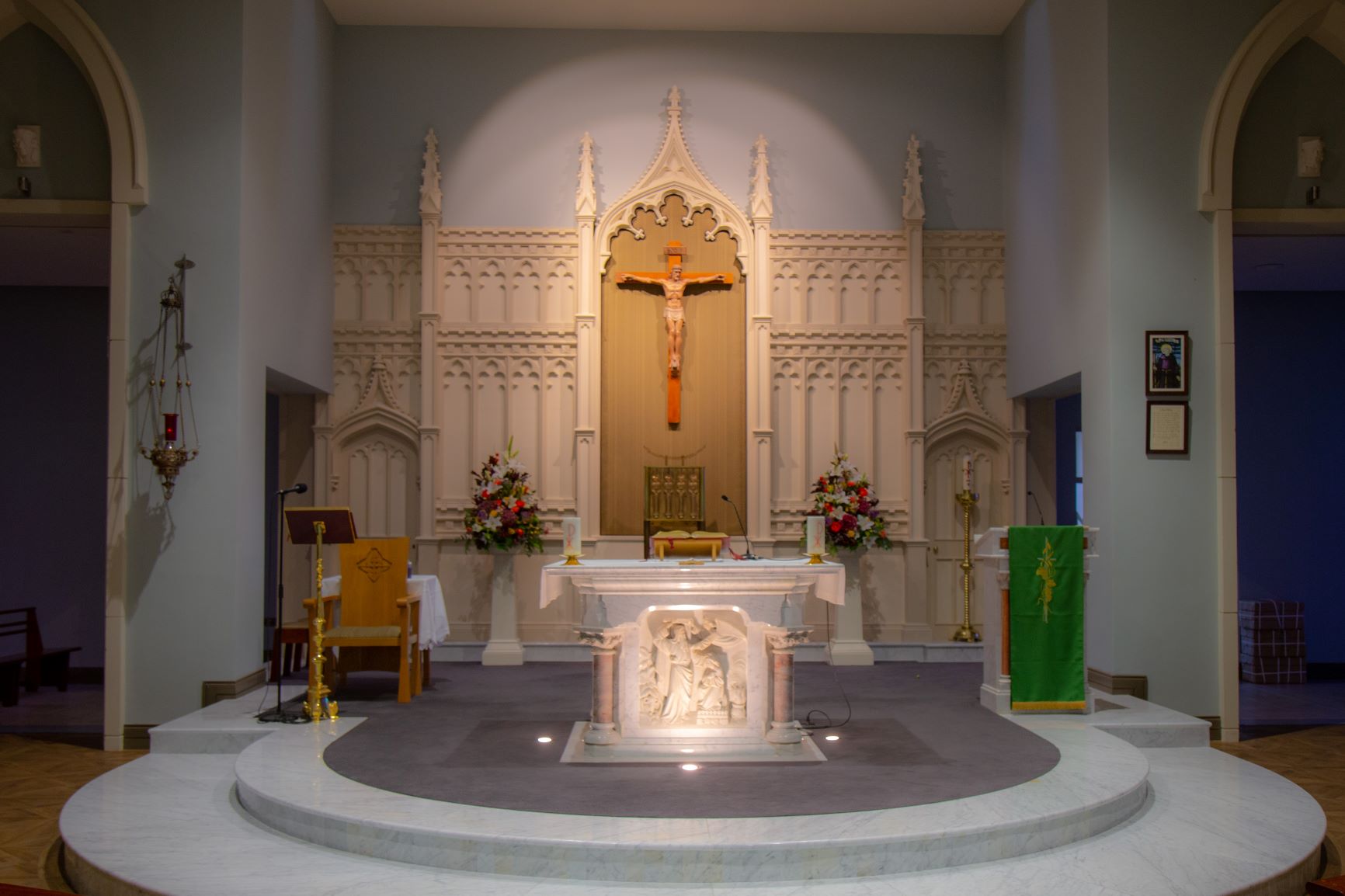 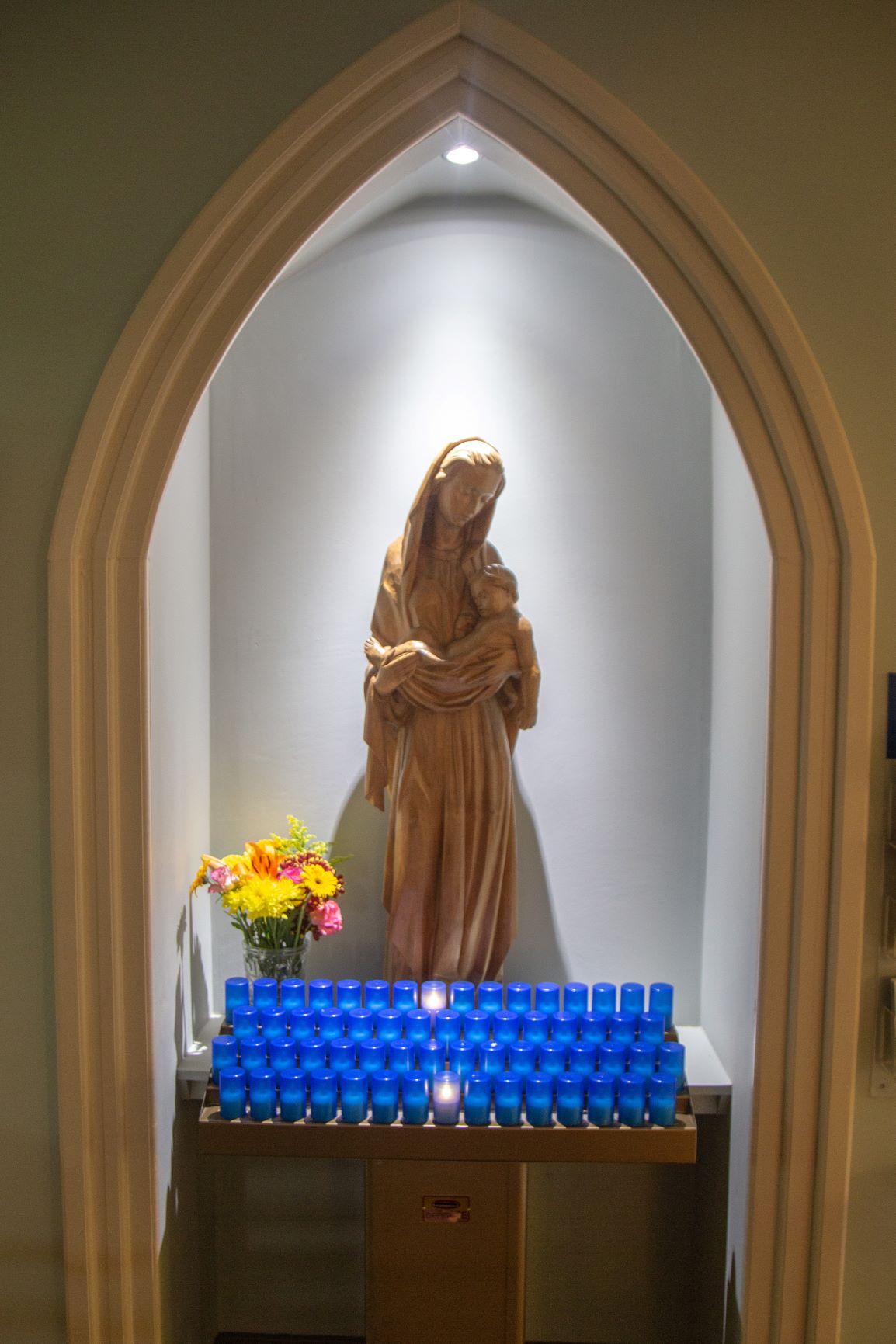 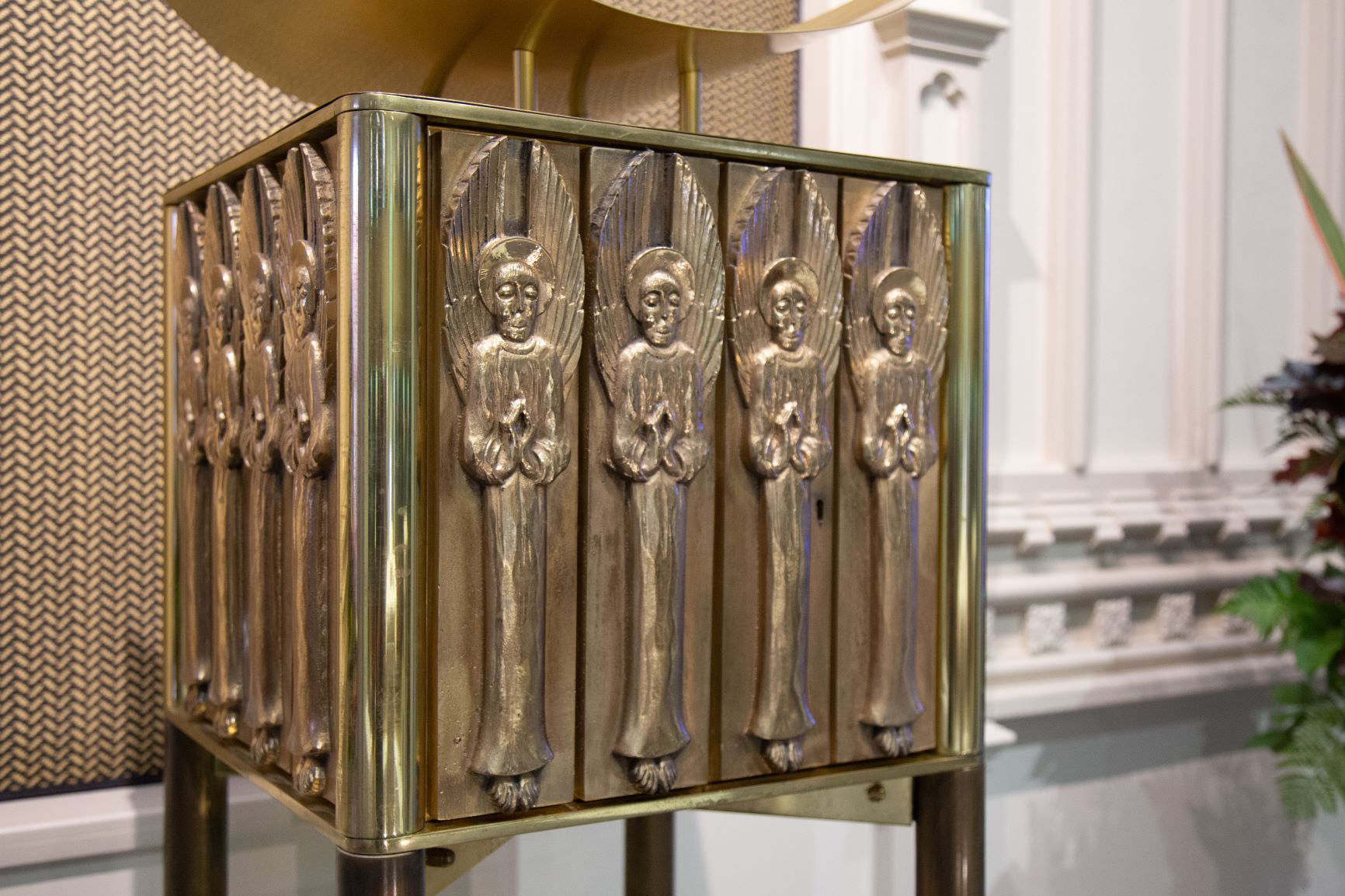 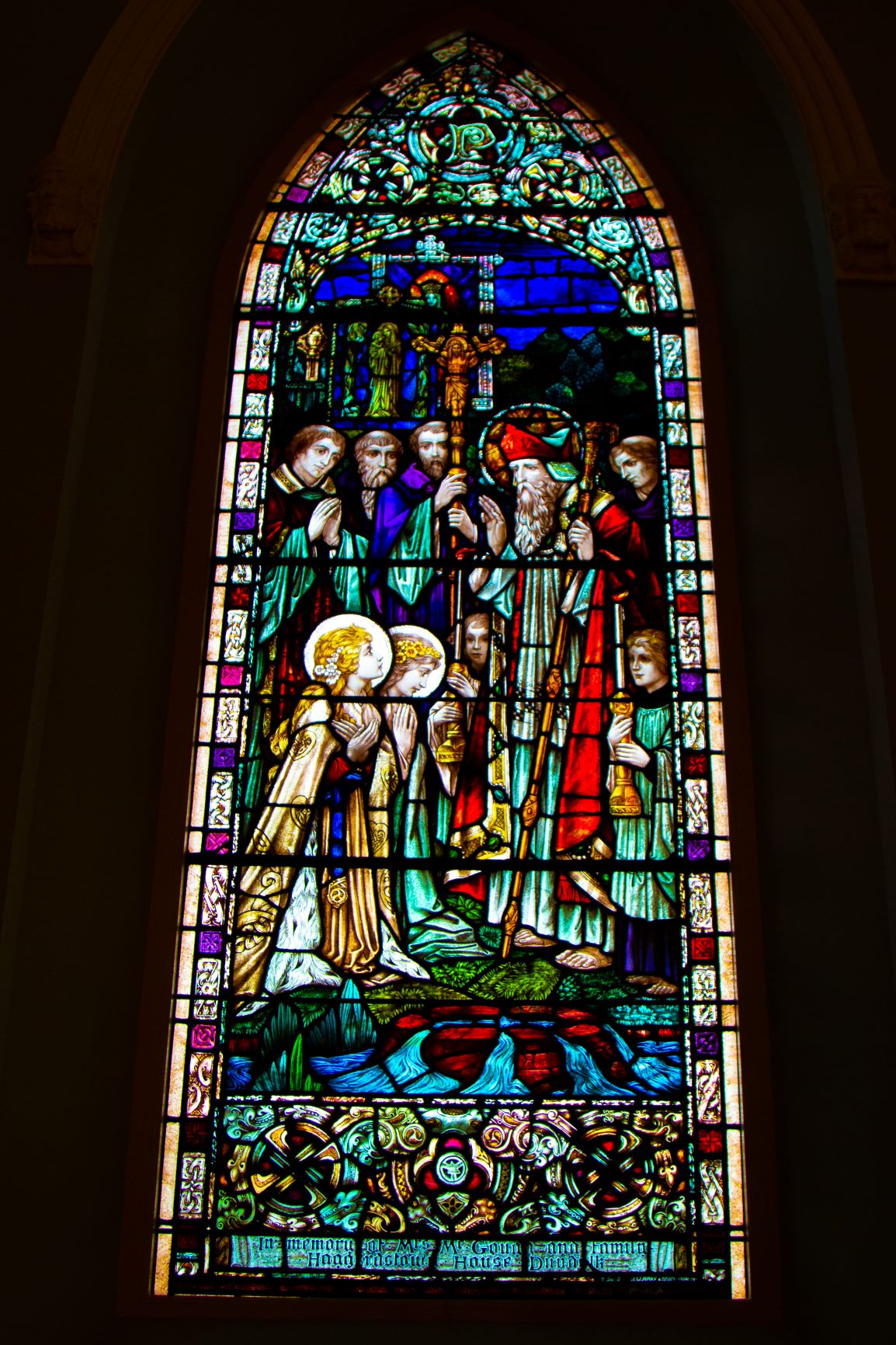 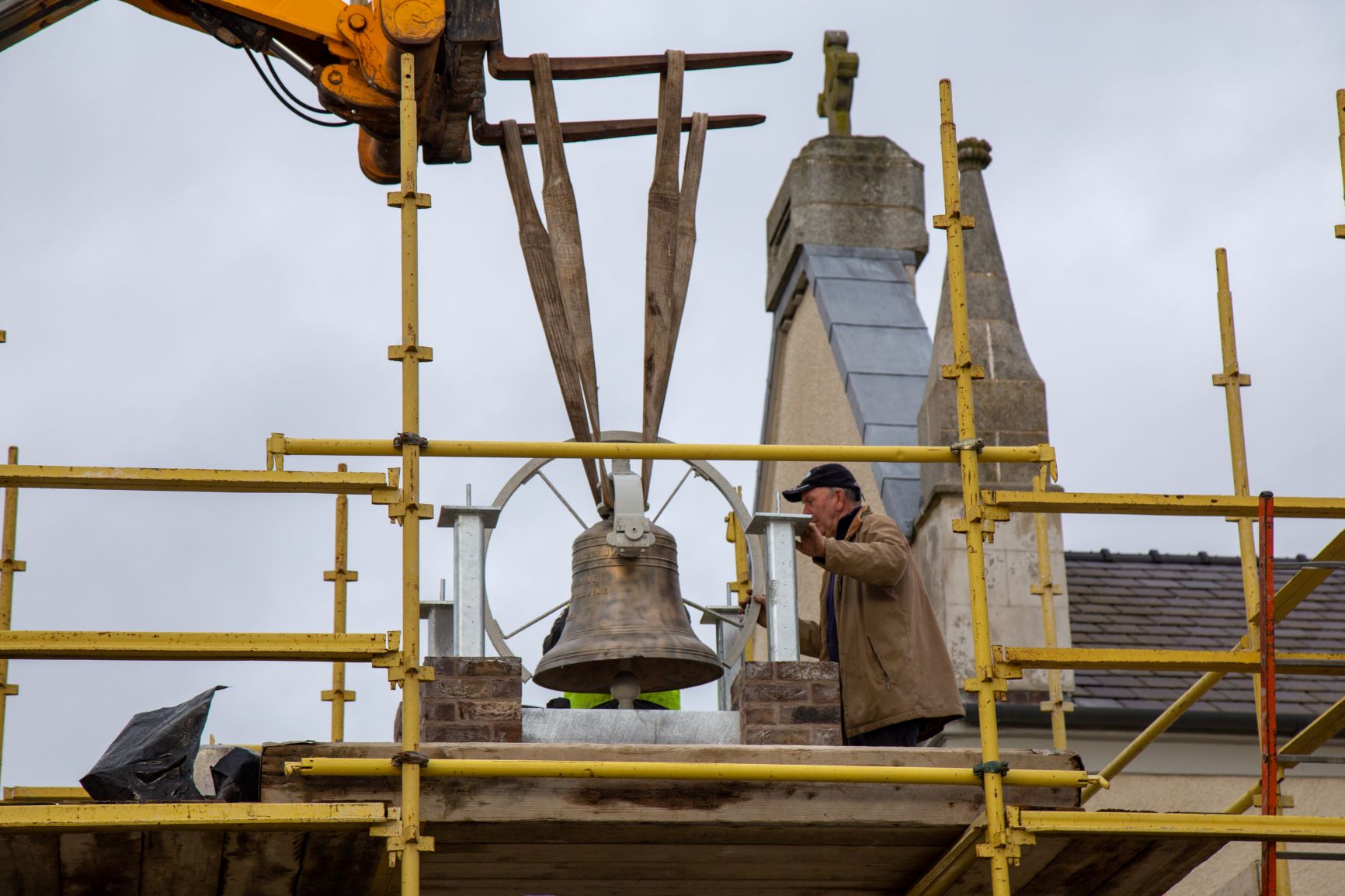