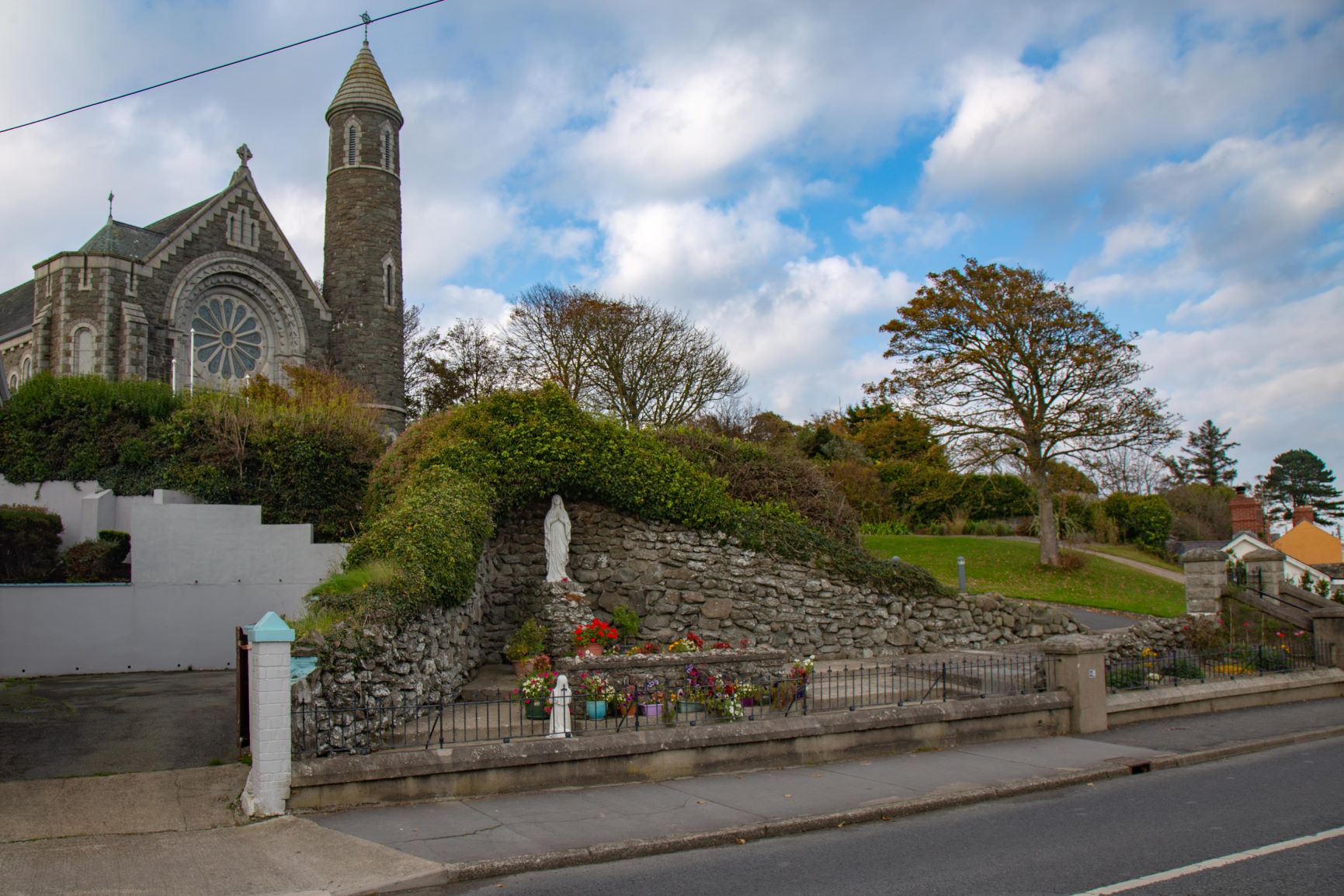 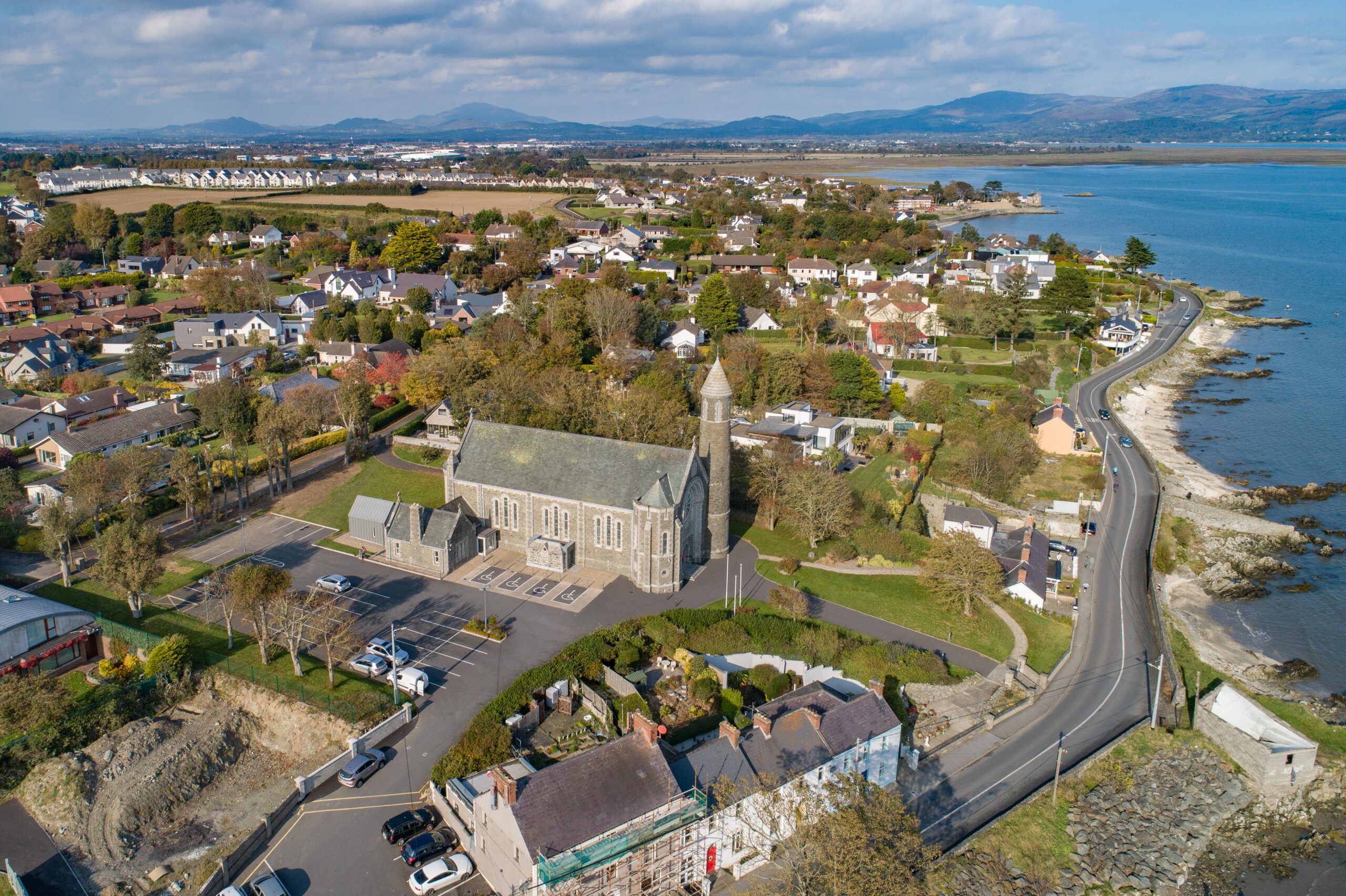 This church was solemnly consecrated on Sunday, 31st August 1924, exactly five years after the foundation stone was laid on Sunday, 31st August 1919. His Eminence, Cardinal Logue, presided at both ceremonies. The church was designed by Ralph Byrne, Dublin, and built by Ms. James Mc Adorey and Son, Builders, Dundalk. It is in the Hiberno-Romanesque style with the Celtic Revival influence dominating as shown in the round and Celtic motifs throughout the church. It was constructed with course limestone rubble with Newry granite dressing and green Cumberland slates. The final cost was £18480.

Special permission had to be obtained from the Vatican to dedicate the church to Blessed Oliver Plunkett as, although he had been beatified in 1920, he was not yet declared a saint. Archbishop Oliver Plunkett from Co. Meath was martyred at Tyburn on 1st July 1681 and he had a very close association with this parish because of the time he spent ministering at Ballybarrack which was part of this parish up until 1969 Our church became the first church dedicated to his memory and his witness to his faith.

In 1918 Canon Bernard Donnellan was appointed parish priest of Haggardstown Kilkerley. First, he oversaw the completion of the parochial house in Chapel Road Haggardstown before turning his attention to the need for a new church in Blackrock.

Originally a site about 400 metres south of the present location was favoured but local folklore is that the present site was selected because of an unusual event. Canon Donnellan and his curate, Fr John Mc Bride, were standing on the present site looking out to sea when he became aware of the outline of a cross on the sea wall just north of today’s main gates. The cross was distinguishable during damp or wet weather. Taking this as a sign from God the Canon that was where the new church was to be built and what a wonderful decision it was. Few churches enjoy such magnificent views from an elevated site across the sea and mountains. The ground was acquired from the Misses Ferguson of Field House who owned most of the land from the Crescent to Sandy Lane.

Initially the estimated cost of building the church was a heavy burden on the parish and so only the shell of the church was built. On 30th August 1919 James Mc Adorey & Son Seatown Place. Dundalk signed the contract for the first stage of the building at £11,800. The foundation stone was laid the following day. This was an event of great importance and was recorded in the local newspapers. Mass was held in the open air and the site consecrated and the foundation stone laid by Cardinal Michael Logue. The stone was taken from the remains of St. Oliver’s little chapel at Ballybarrack and is embedded in the western end of the north facing wall of the new church. It is sitting on a piece of Newry granite which is distinguishable by a cross cut on the surface, in the centre of which is a small lead plug containing a relic of the saint. Local legend says that if you have asked St. Oliver for a favour and you can throw a stone successfully on the foundation stone ledge then he will grant your request. Chief celebrant at Mass was Cardinal Logue and the homily was delivered by the Very Rev. Andrew Mc Ardle, S.J. Rector, Gardiner St. Dublin. The choir was from St. Malachy’s church, Dundalk. The Mass took place in brilliant sunshine and a very large crowd attended.

In December 1922 the building was not nearly complete but Canon Donnellan thought Mass on Christmas morning would be a fitting time to say the first Mass. A small consecrated altar stone was built into the altar table for this special occasion.

The first Mass was held at 7:30 am on that Christmas morning with sacred music provided via a gramophone hidden at the back of the main altar. Work continued throughout 1923 and up until the completion date in August 1924. Then on 31st August 1924 the consecration of the church took place and presumably the debt for the church was cleared by that date. The title of the church is “Deo Uni Trinocus In Memoriam Beati Oliveri” i.e. “To One God in Three in the memory of the Blessed Oliver”,

The church nave is 80ft long with a width of 31ft. with a timber floor. The centre and two side aisles are tiled. Two confessionals were originally recessed into the side walls (since the 2016 refurbishments only the one on the north side remains). The walls were divided into bays with richly moulded pilasters and arches. In the recess formed by each bay were placed three stained glass panels depicting flora, vines and grain crops giving light into the building. On the north east angle as you enter the church is a Celtic round tower leading by stairs to the choir and bell-cot. The sanctuary measures 31ft by 11ft is divided from the nave by a richl_v moulded chancel arch, The sanctuary measures   ft by Il ft and is floored with a beautiful pelican and vine mosaic. The Side altars to the Sacred Heart and the Blessed Virgin are set against walls also decorated with mosaics. The high altar is located in a semi-circular apse projecting 13ft by 16ft beyond the west gable and divided from the sanctuary by three marble steps under an imposing arch. On the south side of the sanctuary is located the sacristy which also has an external entrance separate from the church.

The building is lined with brickwork having ventilation cavity between the brick and the stone exterior wall to prevent dampness penetrating. the east end is the main entrance door with arcading and a large wheel window dedicated to St. Oliver worked in Newry granite over it. The wheel window, door and arcading are set in a deep recess formed of richly carved Newry granite arches carried on shafts with moulded and carved caps. There is seating capacity for around 400 people on the ground floor. Nearly all of the seating and the fittings in the church (like stations of the cross) were gifts from people in the parish and further afield. The stained glass were provided by Watson & Co Youghal, Co. Cork. The windows in the sanctuary are dedicated to the Sacred Heart, the Blessed Virgin and St. Joseph while St. Patrick is depicted in the north wall near the altar to the Blessed Virgin. The bell for the church cost €322 in 1923.

There were no major alterations carried out to the original church until 2016. During 2016 a major overhaul of the church was undertaken This included the provision of a Side entrance accessible to all to the south side of the church. The new entrance constructed in such a way it blends in with the overall external appearance of the church. The sacristy was completely refurbished with the provision of new flooring, furnishings, altar servers’ room, ante room and toilet facilities. External toilet facilities and a new plant room were built to the west end of the church. The interior of the church was redecorated and the beautiful floor mosaic in the sanctuary restored to view, cleaned and polished, having been covered by carpet for many decades. The baptismal font was relocated to a position near the north wall opposite the new side entrance and the painting of St. Oliver was placed in a more prominent position on the north wall near the sanctuary. The interior lighting was replaced and modernised. A new security system was installed, energy conservation measures were incorporated to reduce carbon emissions and the car park was resurfaced. A new parking layout was put in place to cater for all parking needs and exterior lights were erected in the car park and on the path from the front door to the main gates,

The completion of the newly refurbished church was marked by a special Mass on Sunday November with Archbishop Eamon Martin presiding. 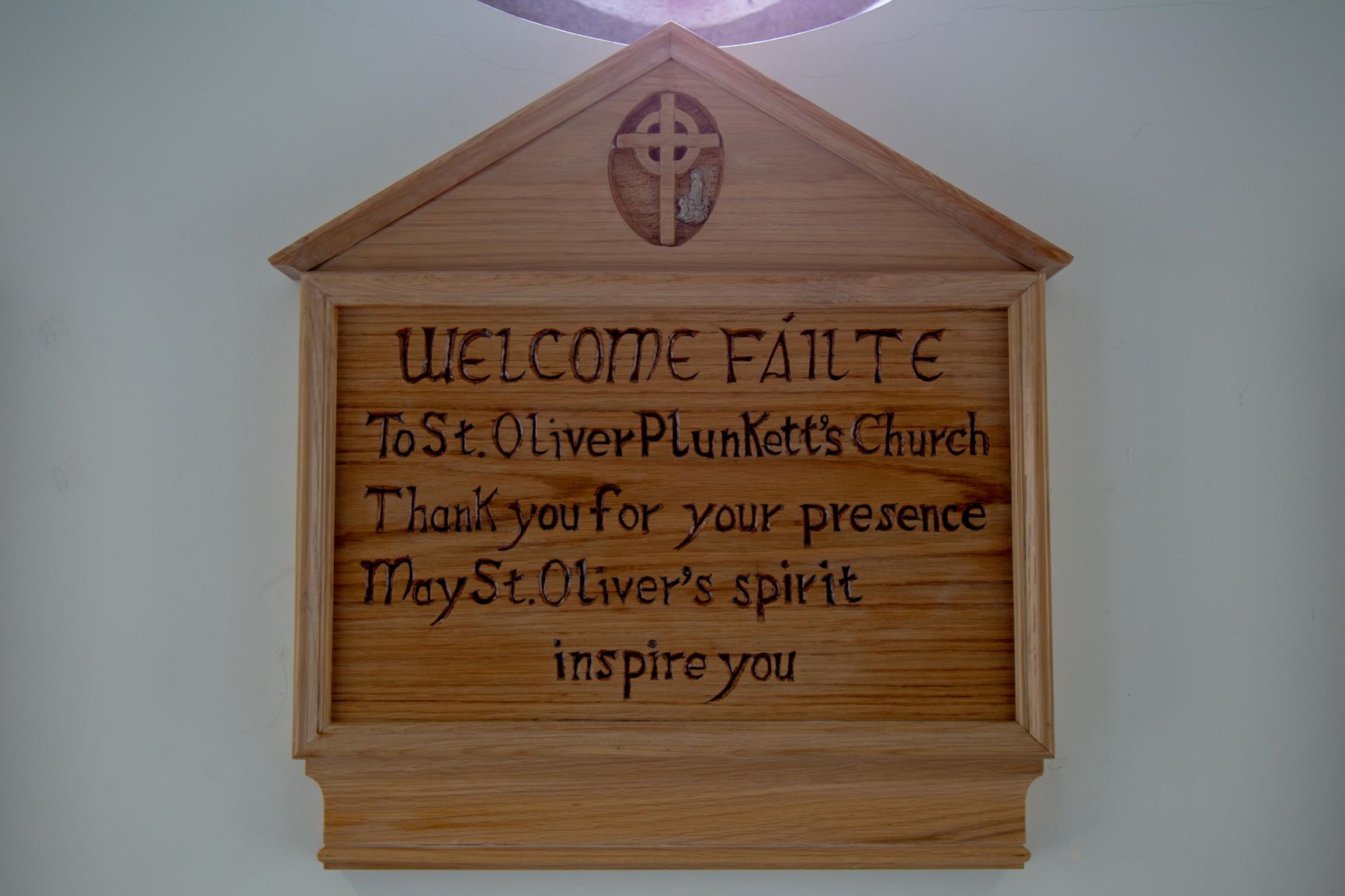 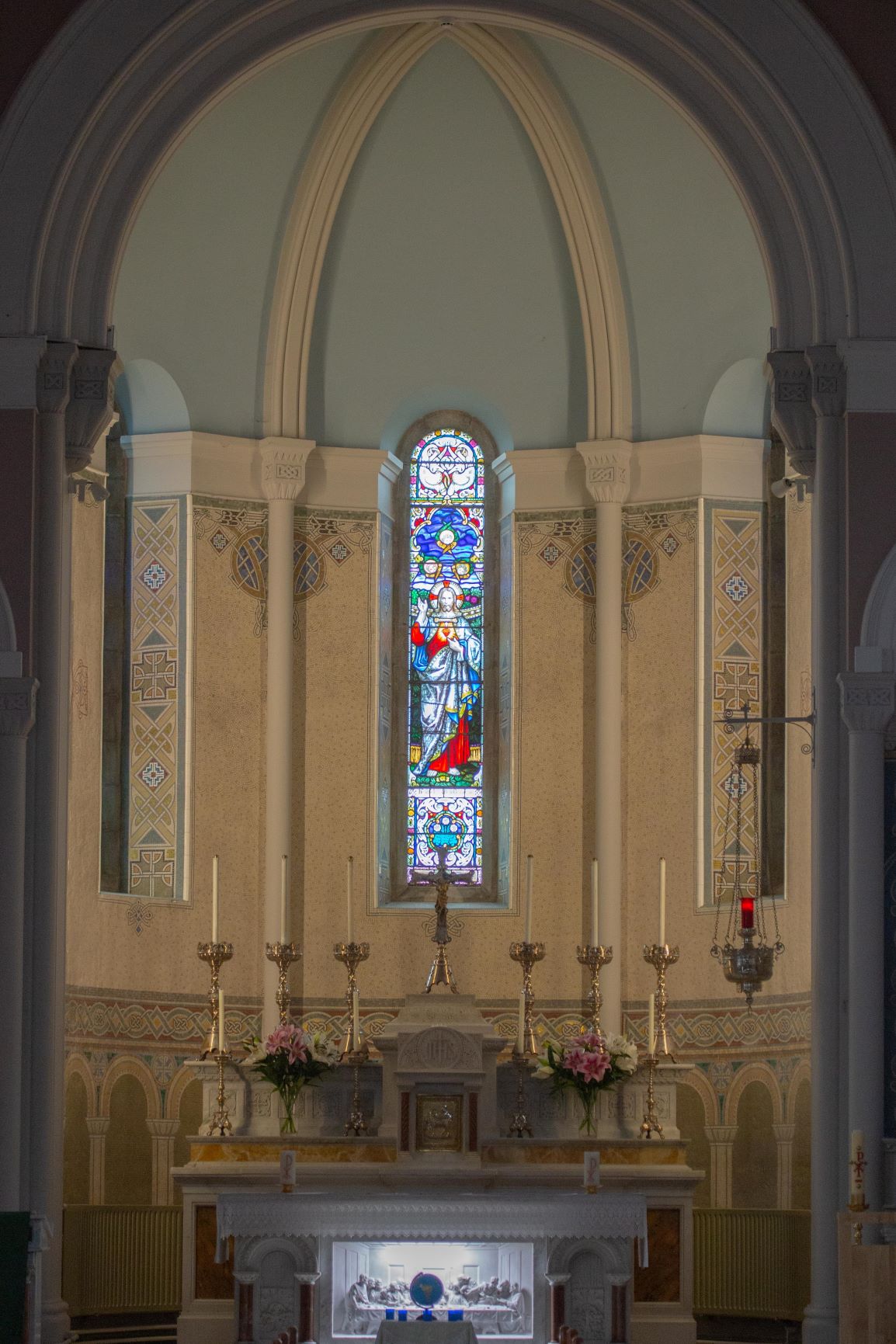 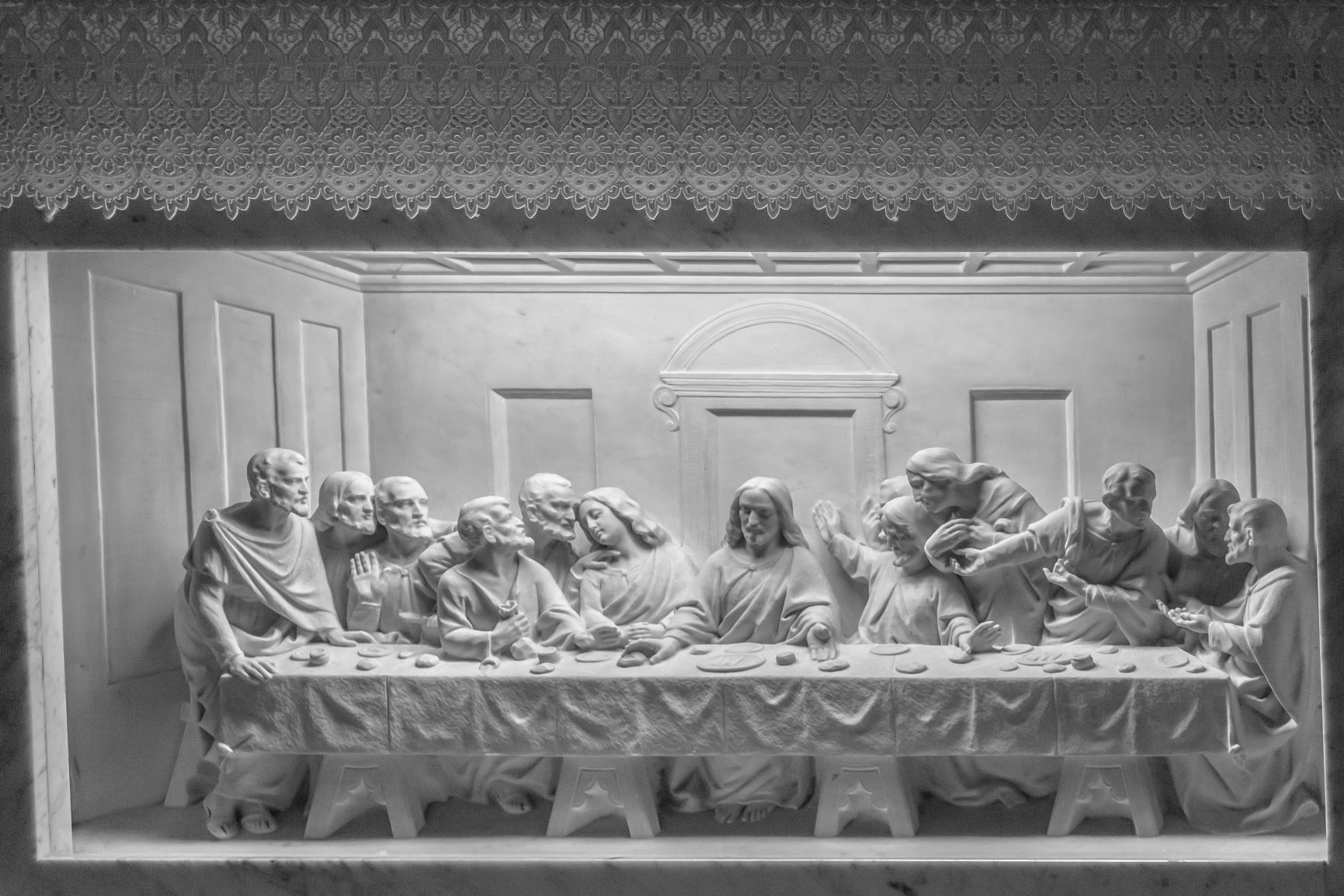 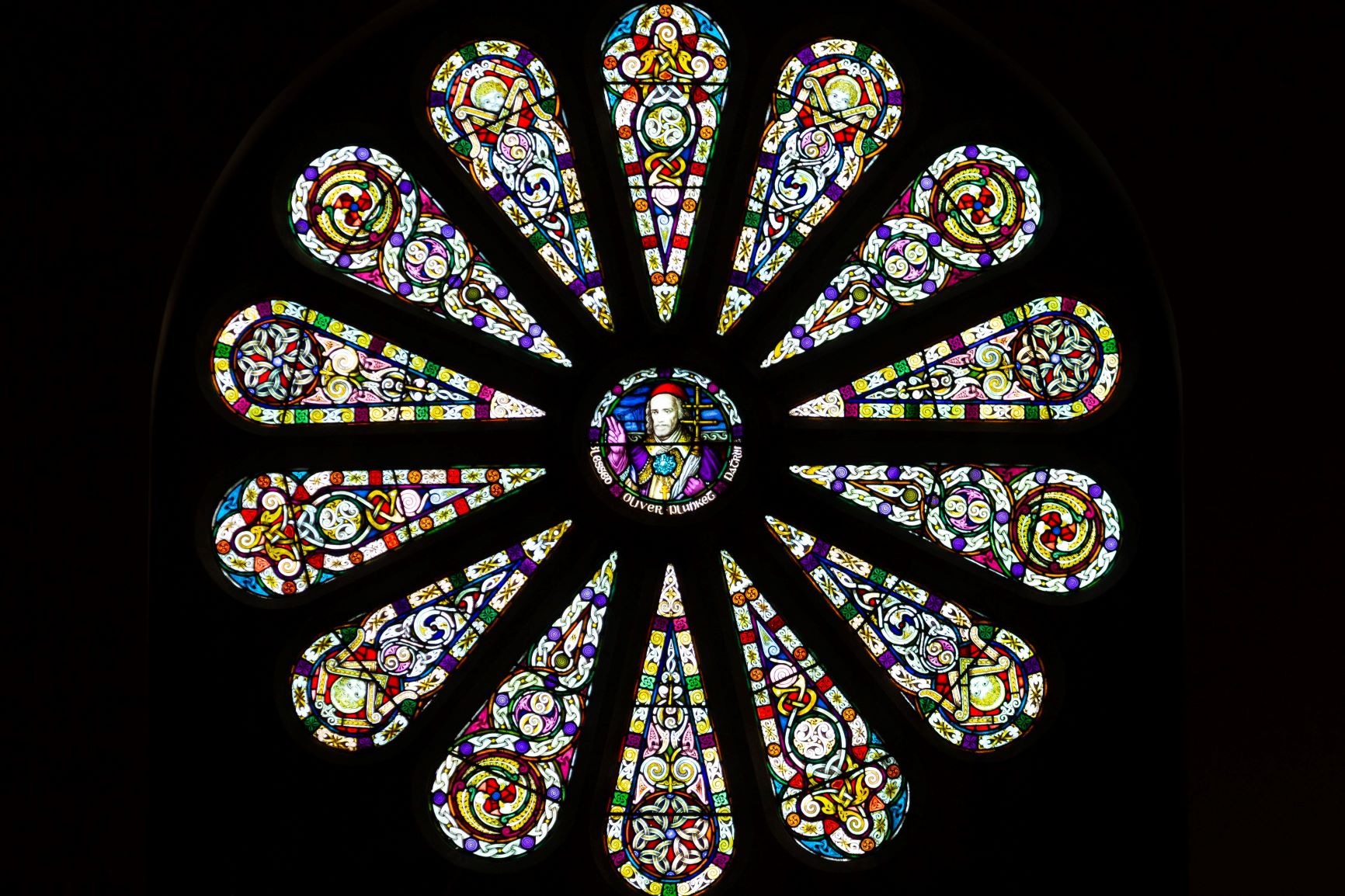 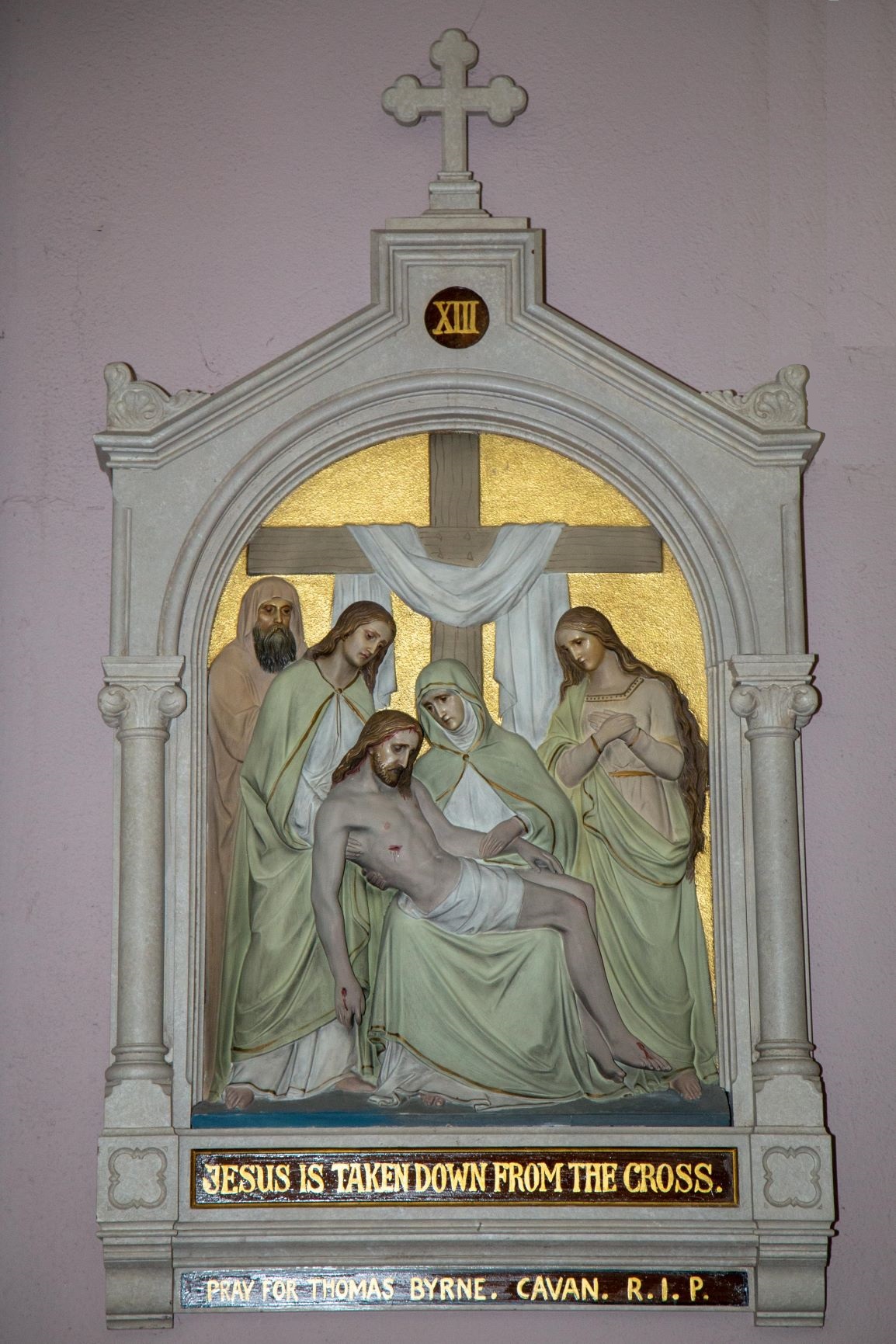 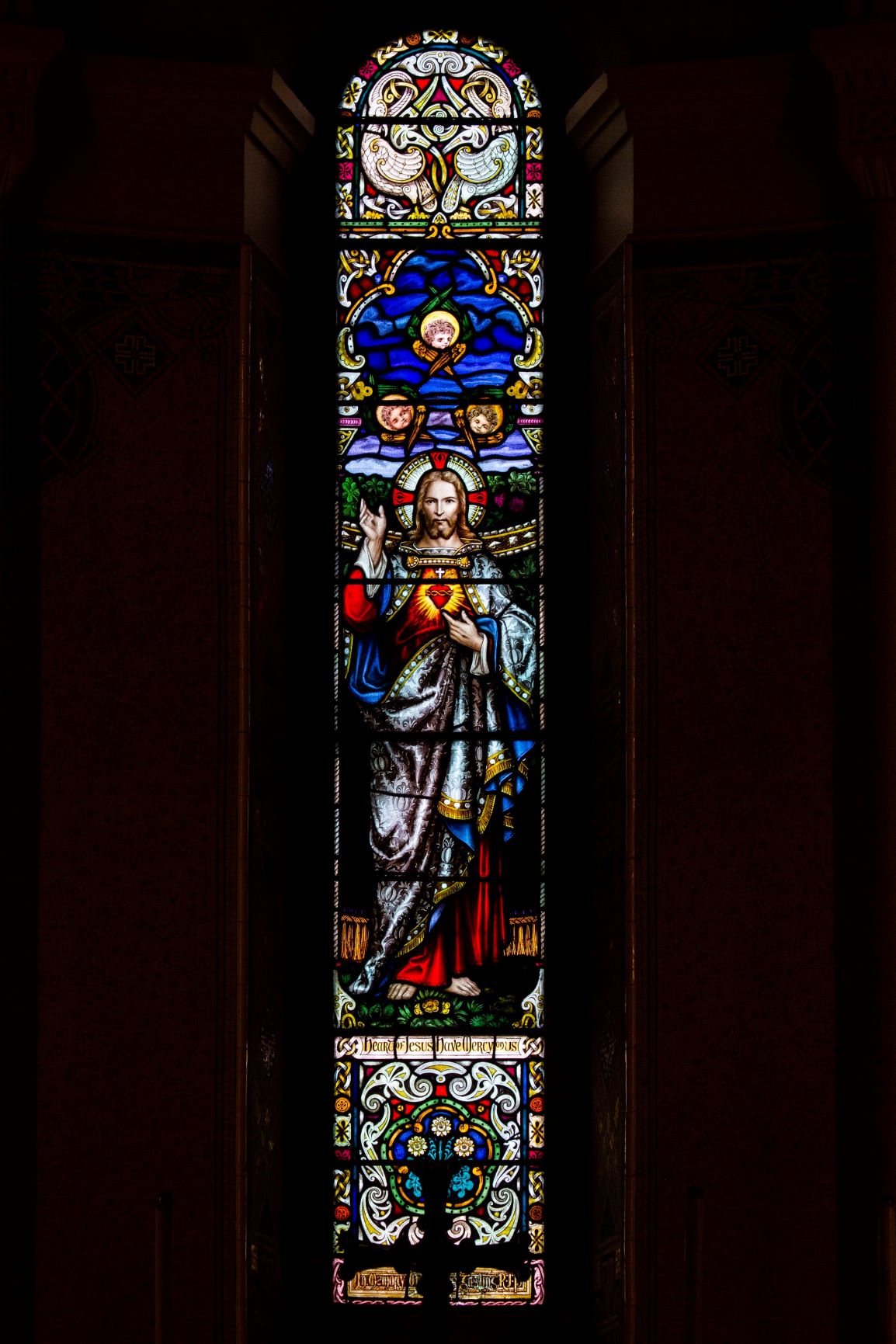